Fulbright and The Future of Tech

What do mobile apps and wirewalking profilers have in common? They are the future of tech, and the reason NZ is sitting on the cusp of innovation. 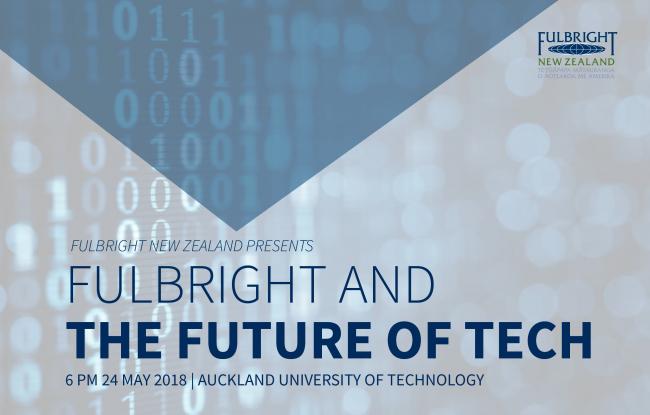 What do mobile apps and wirewalking profilers have in common? They are the future of tech, and the reason New Zealand is sitting on the cusp of innovation.

Join us as we hear from two Fulbright Grantees on this cusp, Smitesh Bakrania and Jorlyn Le Garrec from the United States, who will chat about:

- Their individual research projects, and why they chose New Zealand for research

- Their predictions for the future of these industries.

This will be an evening of ideas and innovation – a conversation about current work that’s impacting tomorrow’s future, at home in New Zealand and beyond. This is innovation that’s good for the world in action. Learn more about Fulbright New Zealand, and our awards in Science and Innovation for New Zealanders who also want to be part of the future of global innovation. Read more here.

A 2010 study by the Institution of Professional Engineers New Zealand (IPENZ) found a shortage of students enrolling in engineering qualifications. In order to sustain innovations in the science and technology sectors of the government of New Zealand established the Engineering Education-to-Employment (E2E) program with the goal to increase the annual engineering graduates to 500 by 2017.

Smitesh will share his research on the design and impact of mobile technologies to engage students in engineering to direct combat this shortage. Smitesh believes that by providing an interactive, visually stimulating, and a flexible learning environment, we can expand the appeal for an often unapproachable field of study to students with diverse backgrounds.

One of the most pressing issues facing the Earth today is climate change. Ninety percent of the heat captured by the planet is stored in the oceans which creates a strong motivation to understand how the fluid is transported and mixed. Most of our understanding comes from models which make assumptions on how fluid actually works. Key locations on large-scale models are often areas of high turbulence, which are also very difficult to measure. In order to make informed decisions about the Earth’s changing climate, it is important that our assumptions are sound.

Jorlyn’s Fulbright project is designed to facilitate information collection so that we can be more educated on the efficiency of turbulent mixing. Her research looks to use cutting-edge technologies in a novel approach to collect data in extreme ocean environments, through the design and creation of a wirewalking profiler. She is completing a research based Masters of Science in Physics through the University of Auckland. Jorlyn will share with us her processes, research and updates on this project, as well as its impact on the future. 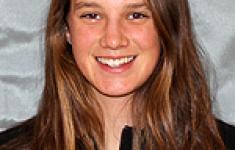 Jorlyn Le Garrec
Jorlyn Le Garrec from Pittsburgh, Pennsylvania is completing a Masters of Science in Physics at the University of Auckland. She is based at NIWA (National Institute of Water and Atmospheric Research) in Wellington. Jorlyn graduated with a BS in Mechanical and Ocean Engineering from the Massachusetts Institute of Technology in 2017. 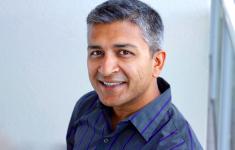 Smitesh Bakrania
Smitesh Bakrania is from Chesterfield, New Jersey and received his Ph.D. in Mechanical Engineering at University of Michigan in 2008. He is currently an Associate Professor at Rowan University in New Jersey. He has since expanded his research work to develop mobile apps and online tools to engage students.

BOAM is New Zealand’s first Bitcoin Open Air Market, a dedicated space for Kiwis to learn about Bitcoin and buy/sell small amounts of it.

Flip the switch to tech that works

Why can't we 3D print an Earth-friendly car? Ira Munn (CEO Ierospace) is working on it! Find out more about this cool Kiwi tech project.