Join us as we introduce Massey's College of Creative Arts School of Music and Creative Media Production - Showing off the impressive technology, creative talent and an amazing new facility!

Based within the College of Creative Arts (CoCA) the Wellington-based school has had a multi-million-dollar re-development and includes post-production, music recording and rehearsal and performance spaces designed by Andrew Monroe, one of the world’s leading studio acousticians, who most recently built and designed the new Abbey Road facility in the UK.

The new facilities comprise several state of the art recording and post production studios all fully equipped with professional standard analogue and digital recording technologies, Foley studios (for film sound effects), a S 7.1 dubbing theatre and post-production suites. The studios vary in size and acoustic properties, with the largest suitable for recording an 80-piece orchestra.

To support commercial Film, TV, Mixed realities and game development, the school has also built a custom 7.1 Dynaudio acoustics dubbing theatre, featuring a brand-new top of the range 48 channel Avid S6 console. The school has made a commitment to 4K film technology and has online edit suites.

The College of Creative Arts also offers course in the areas of Industrial, Fashion, Textiles, Visual Communication, Spatial Design, Photography and Fine Art allowing students to collaborate across the College.

Tours of the facility, a DJ and drinks and nibbles provided. 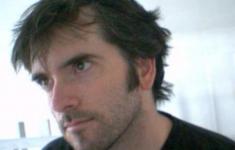 Lucas Haley
Lucas Haley is an artist and educator, working in trans media across video games, animation, audio, and installation art. His work examines the humorous and the sublime inherent in the relationship between ubiquitous virtual computing and actual embodied being. Haley leads the creative media production programme and primarily teaches into game design and animation papers. 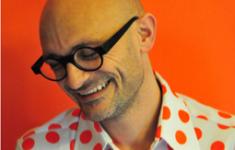 Neil Aldridge
Neil Aldridge has worked extensively in both the commercial music and film postproduction worlds. He worked as a sound engineer in London from 1990 until he left to come to Wellington in 2003, recording and mixing artists including Rod Stewart, Baby Spice Emma Bunton and All Saints.

She Started It - a documentary about female tech entrepreneurs

Film screening of She Started It - a film on women tech entrepreneurs followed by a panel discussion.