Screenies Children's Film Festival brings the magic of stories from around the world to the big screen for kids from 3 to 15 years. 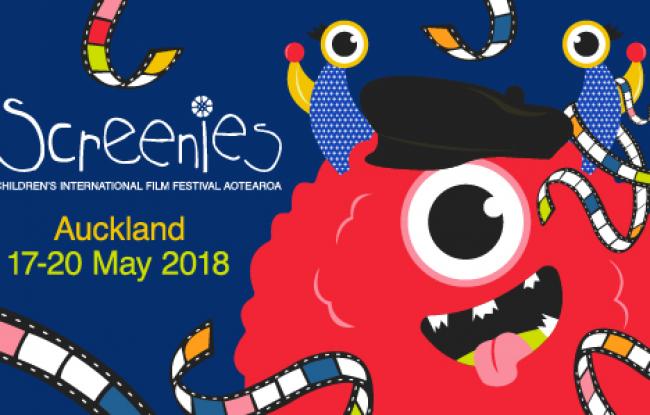 Screenies Children's Film Festival brings the magic of stories from around the world to the big screen. We showcase films made for and by children in a dedicated festival to engage and delight kids from 3 to 15 years. Find us at TAPAC, 100 Motions Rd, opposite the zoo!

Now in its third year, the 2017 programme features short film packages curated by Little Big Shots in Australia, New Zealand's own favourite stories from Hairy Maclary and a selection of feature films for older kids. Discover tiger boys from Japan, moustaches from Finland,  dragons from Belgium - told through animation or live action.

Come early or stick around after the screenings to engage in some fun free activities. Animation workshops and VR on site.

We aim to foster a love of stories through film and to spark the imagination of our next generation of storytellers.

Supported by the NZ Film Commission

Are your kids all about playing Fortnite? Send your budding eSports enthusiasts to our fun multi-platform Fortnite challenge afternoon!

OMGTech! will be live-casting an action packed fun-filled show exploring Space & Technology for schools to tune into and participate in.

Do you have kids who love gaming, YouTubing, and pop culture? TenForward Technology Lounge is the after school care programme for them!

Attack On Geek presents ‘Streaming 101’, an educational class for kids who aspire to become content creators, streamers and ‘YouTubers’.